Buarcos Beach, in Figueira da Foz, hosts from Friday more than 550 athletes as part of the third edition of Foz Plaza Figueira Smash Fest, organized by the Portuguese Volleyball Federation and integrated in the project Figueira Beach Sports City, promoted by the local authority. 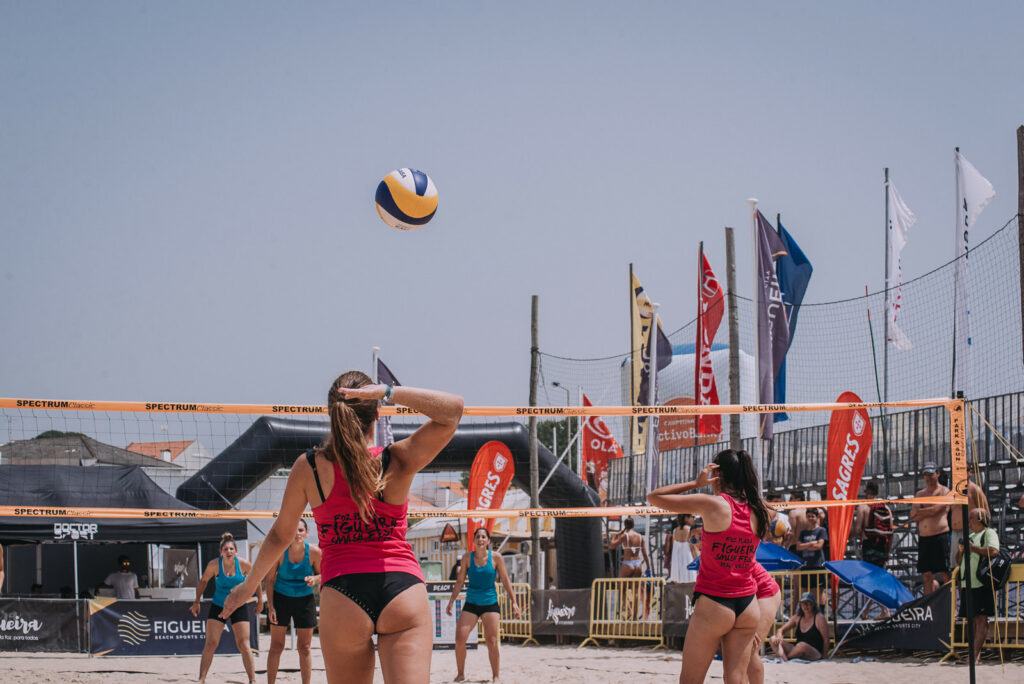 The 5th Stage of the National Beach Volleyball Circuit is held on August 2 (qualifying phase), 3rd and 4th , with the participation of 104 athletes. The finals of this competition scheduled for 17h (women) and 18h ​​(men) will be assured by TV on Bola Tv.

On August 2nd, the Under 22 Circuit Stage will be held with the participation of 40 athletes.

On the 3rd and 4th of August about 250 athletes from the Under 14, Under 16 and Under 18, compete in the National Stage of the Youth National Circuit.

The 3rd edition of the Figueira Smash Cup 4 x 4 Men’s, Women and Masters tournament, will take place on August 3rd and 4th, with the participation of 30 teams, total of 200 Athletes. Highlight the presence of international athletes for the first time in this event, from Germany. 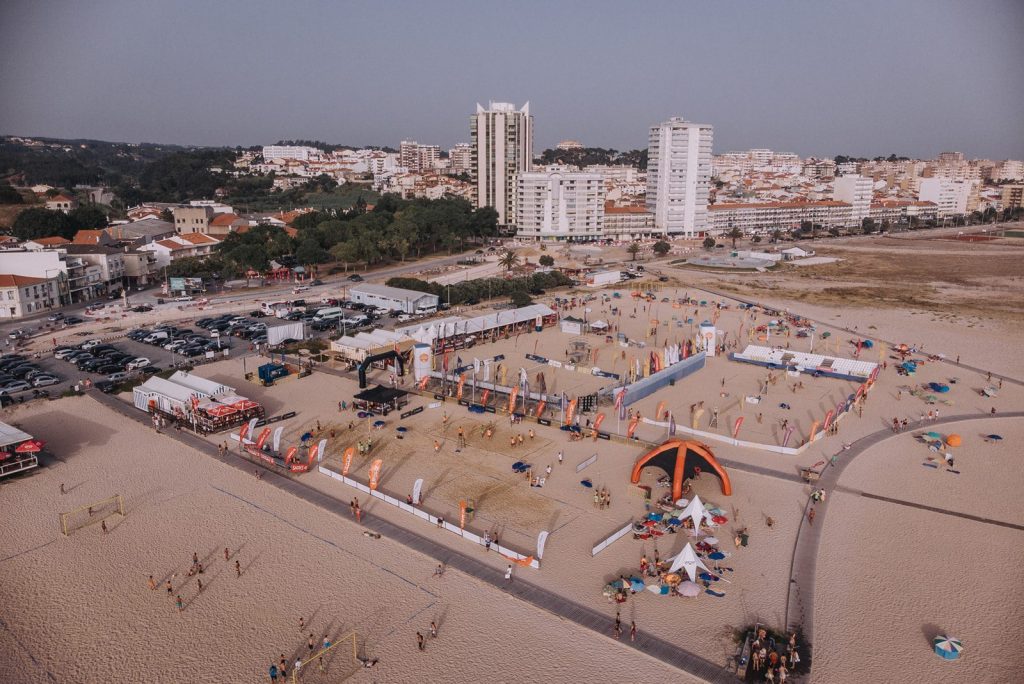 The French team  of Ovale Marseille (men) and the Portuguese team of Sport Porto (women) won the 10th edition of Foz Plaza Figueira Beach Rugby International, reinforcing the justice of the European title won the day before in Figueira da Foz. 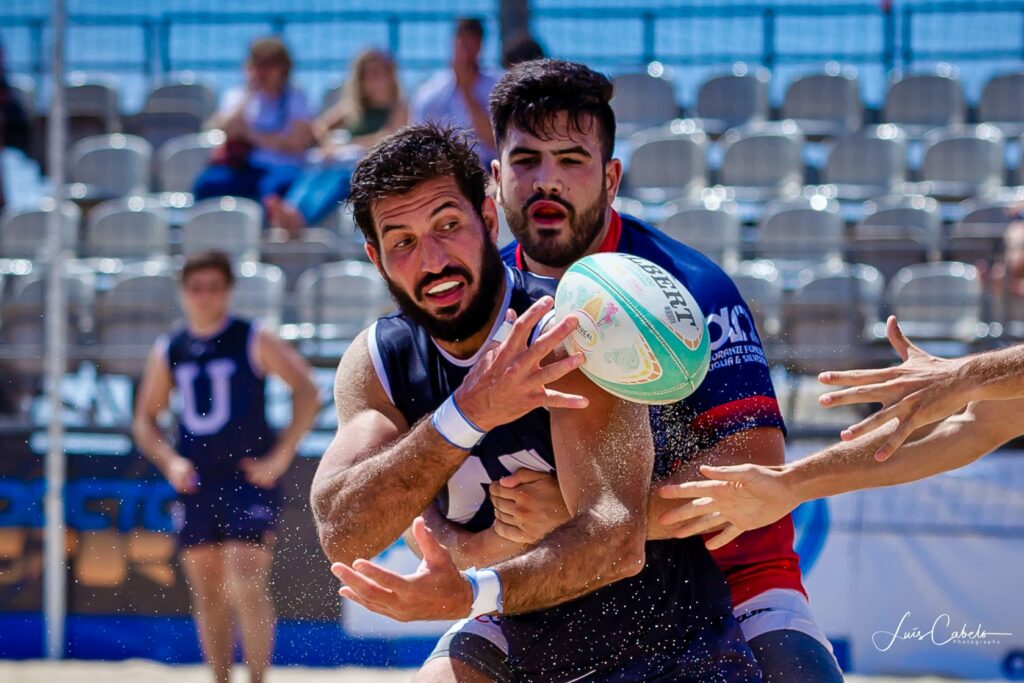 In men the team of Ovale Marseille repeated the saturday victory against the (also) French team  Les Minots (5-2), while in women Sport Porto won the title in Figueira da Foz after beating the French tean of Putain Nanas 7-3. In the men’s competition, we also highlight the good performance of Académica, who after winning the first edition of the tournament achieved, 10 years later, the second best result ever by securing fourth position. 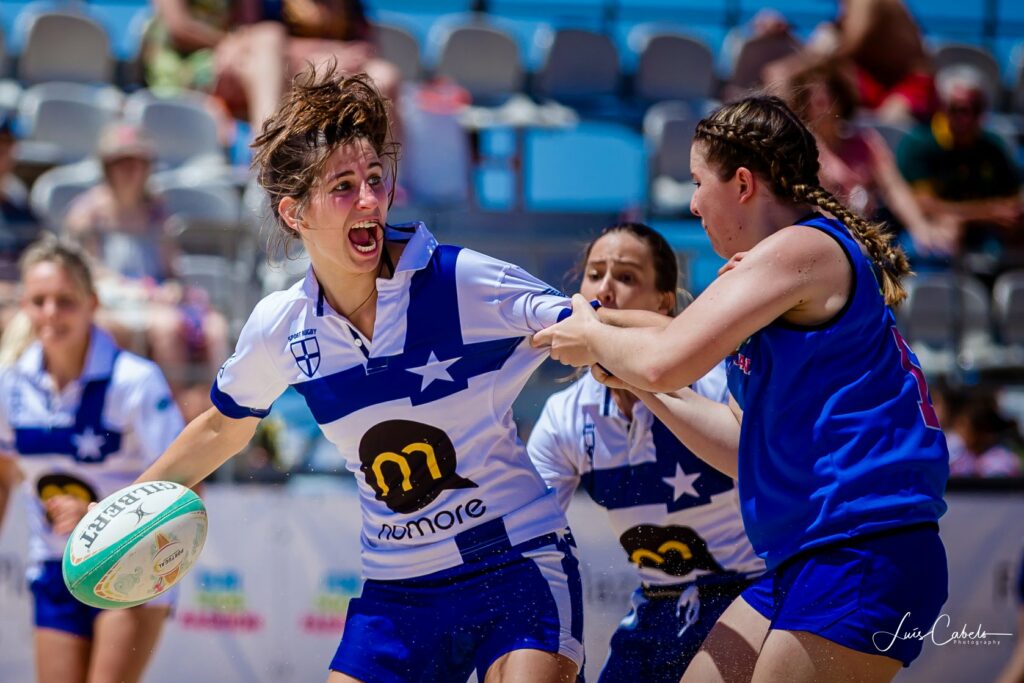 The 10th edition of Foz Plaza Figueira Beach Rugby International was the last stage of the European Beach Rugby Circuit, organized by the European Beach Rugby Association, attracting the best teams and nations of the sport. The presence of 42 teams (28 male and 12 female) brought to Figueira da Foz over 700 athletes from 10 countries (Portugal, Pacific Islands, South Africa, Germany, Italy, Belgium, Netherlands, France, Curacao Islands and England ) which made this event the most important Beach Rugby tournament globally.

The Figueira Beach Rugby International organizers hopes that thousands of people attend the event to watch the largest beach rugby tournament in Europe.

The Figueira Beach Rugby International 10th edition, is the last stage of the European Rugby Beach Rugby Circuit organized by the European Beach Rugby Association, attracting the best teams and nations of the sport. The presence of 42 teams (28 men and 12 women) brings to Figueira da Foz, more than 700 athletes from 10 countries (Portugal, Pacific Islands, South Africa, Germany, Italy, Belgium, Netherlands, France, Curacao Islands and England) which turns this event into the most important Beach Rugby tournament on a global level.

The highlights of this edition are for the first time the EBRA Master Cup, a parallel competition that brings together the winners of the various tournaments of the European Circuit and the winners of the different European national leagues in 2018, and for the award of the 2019 European Championship titles .

In this edition of Figueira Beach Rugby International will also be crowned, the Winners of the Portugal Beach Rugby Series.