The name of Hugo Almeida is engraved in some of the most beautiful pages of national and international football, with 9 titles won in 5 Countries at the service of the clubs he represented, he also wore the jersey of the national team for 57 occasions, scoring 19 goals. What many may not know is that Hugo Almeida is passionate about Foot, being one of the people who most contribute to the development of the sport in Portugal. 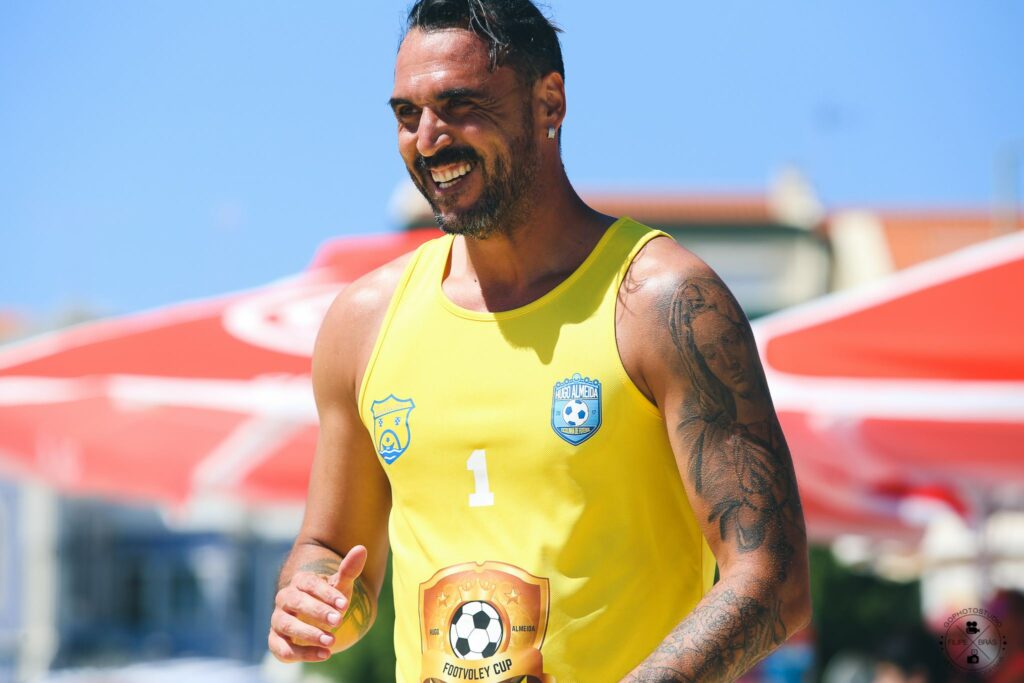 This enormous passion, Hugo explains to us, was born as a child along with his childhood friends playing in the sand of his beloved beach of Buarcos in Figueira da Foz. It was at the age of 13 that Hugo remembers to take the first steps in this modality, keeping is still a practicing assiduous. After the sporting seasons of the many clubs that Hugo represented, from Turkey to Germany, through Greece, Italy, Russia and Croatia, the destination was always the FootVoley nets of the Beach of Buarcos.

Asked about the importance or influence of Futevolei practice in his evolution as a soccer player, Hugo says that although there is no direct relationship between the modalities, FuteVolei allowed him mainly to find a way to maintain physical condition during the summer, since it is an extremely physically demanding modality, while allowing training in the ability to jump and put the ball. 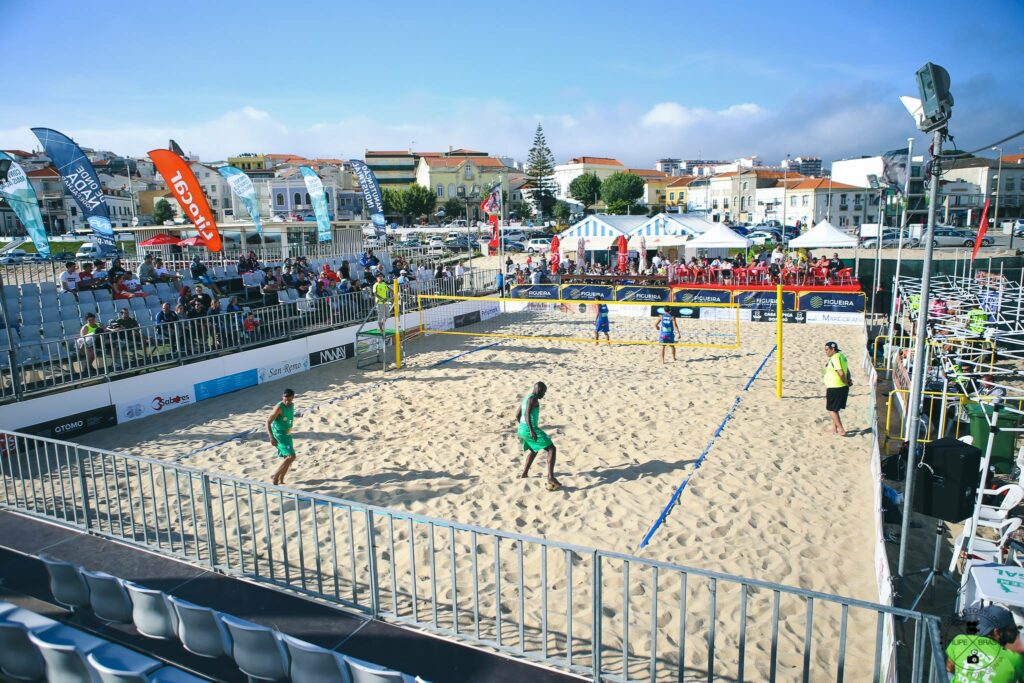 Through the many clubs he went through, Hugo always found teammates who with him shared his passion for FootVoley, especially the South Americans, especially the Brazilians, since that was where the sport was born. Despite this, the highlight for the players who have scored the most and influenced him are the living legends of Portuguese FootVoley, Gamboa, Nélson, Salvador and Miguel Pinheiro.

From the passion as a practitioner to the desire to organize events and contribute to the evolution of the modality, was a small step. The Hugo Almeida FootVoley Tournament will meet in its 8th edition in 2019, and this year will mark a new stage for this organization, with 3 tournaments called Hugo Almeida FootVoley Series. Hugo explained that as a result of the evolution in the quality of the doubles present in the last editions of the tournaments, the local community of players , was losing a little space and time of competitive practice, reason why this year will be organized a local tournament,  with the best doubles to be selected to the national tournament to be held on 9 and 10 June, bringing together the 16 best national doubles. But the news does not stop here. In 2019 will be held for the first time an international tournament with the presence of the 15 best European teams.

The growth and evolution of the tournaments is something that Hugo is very proud of, since it is all organized based on the great passion that the community of Buarcos has by modality. According to him, there is not much room left to evolve in terms of organization and infrastructure, since the great support of Figueira da Foz’s Town Hall, especially since the beginning of the Figueira Beach Sports City project allows today in Buarcos and Figueira da Foz there is an event at the level of what is best done around the world! So the big bet will be on the dissemination of the event and the destination, in the sense of attracting more and more people, not only for the modality but also for the City!