1. Joan is a great pleasure to talk to you. After 25 years since the birth of Beach Soccer Worlwide, what does it feel like to see the sport with such great growth?

Watching the path traveled by this sport that we love so much is really very exciting. The number of players, competitions and national federations involved grows from year to year, and this is something that fills us with pride. However, it also teaches us that there is still a long way to go and that the potential of Beach Soccer is enormous. Its ability to seduce new fans is almost inexhaustible!

2. In June 2018 the first edition of the Madjer Cup – International Beach Soccer Tournament will be celebrated. What are the expectations about this event?

A competition of this kind that involves young players and enhances the formative aspect of our sport is a great new! Besides being played in one of the cradles of our sport as is Portugal, with the name of one of the greatest athletes of beach soccer ever, the expectations could not be greater.

3. How do you see the association of one of the Beach Soccer greatest players, Madjer, to this event?

As the great ambassador of Beach Soccer that is, Madjer, has a fundamental role in the promotion of Beach Soccer nationally and internationally. It is a mirror to which all players look, and this is a huge asset to our sport. Linking his name to an evolving player event is undoubtedly an excellent initiative. 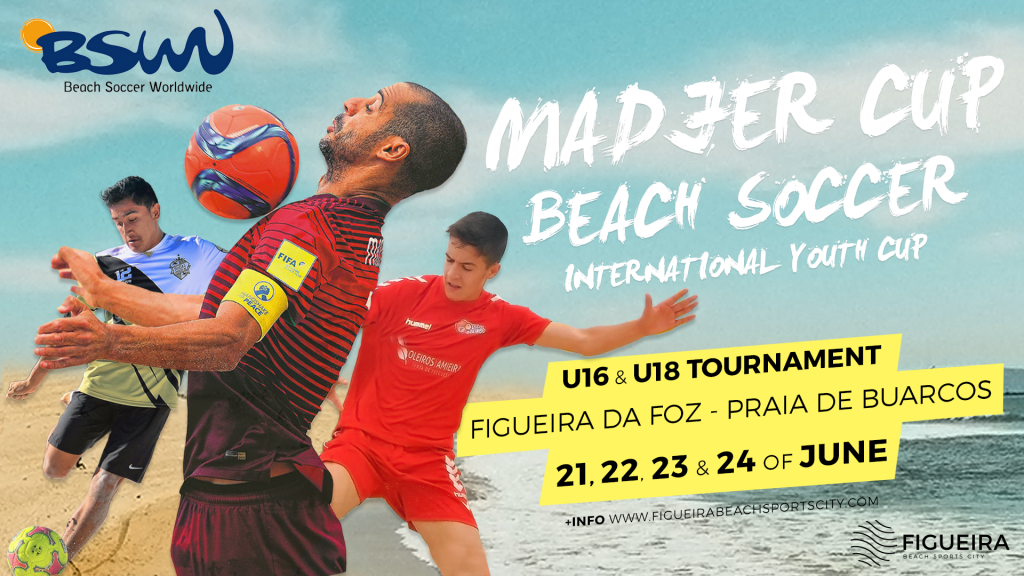 For BSWW the development of young athletes is a priority aspect. A key page in our strategy. To this end, we work in partnership with the national federations and with FIFA for potential projects that promote the training of young talents, new coaches and the implementation of youth competitions, such as Talent Cup in Hungary,U 20 competition organized every year, included in the BSWW official calendar.

5. What message would you like to leave to all the young beach soccer fans who read this interview?

Well, I would tell them not to hesitate to go to beach soccer, they will discover an exciting discipline that will not only put them in contact with the sand and will give them new sensations, but also will help them a lot in their training , both technically and physically, helping them to grow in Beach Soccer.

Know more about this fantastic event on its facebook and web official pages.

1. Madjer, it’s a pleasure to be in conversation with you! After so many years connected to the sport, the emotion of stepping on the sand is still the same as when you were a kid?

Madjer : The emotion remains the same as always, and it feels like it’s always the first time.

2. In June this year will be Madjer Cup International Yout Beach Soccer Tournament! What are the expectations about this event?

Madjer: Expectations are undoubtedly very high, considering that it will be the first international tournament, held worldwide. And bearing in mind that there is an existing gap in the sport, the affluence is also expected and in turn success as well.

3. Being one of the greatest athletes of World Beach Soccer, and an example for all young fans of the sport, what is the feeling of laying the groundwork for creating a unique project in youth beach football?

Madjer : It is a feeling of accomplishment of a dream, and of many years of struggle for a sport that tends to grow more and more and only with this type of initiatives will help.

4. Despite the tremendous growth of Beach Soccer around the world, and of the major competitions that exist at senior level, the training at the level of beach soccer clubs seems to be still little organized and developed. Do you consider it essential for the future of the sport, the development of training in beach soccer?

A: As I mentioned, there are still many gaps and one of them is the youth and the women beach soccer development.

Having a global view of the sport, I think it is important to carry out projects in this direction, so that we can have more and more support at the level of Federations and Associations, so that Beach Soccer is no longer seen as a seasonal modality. 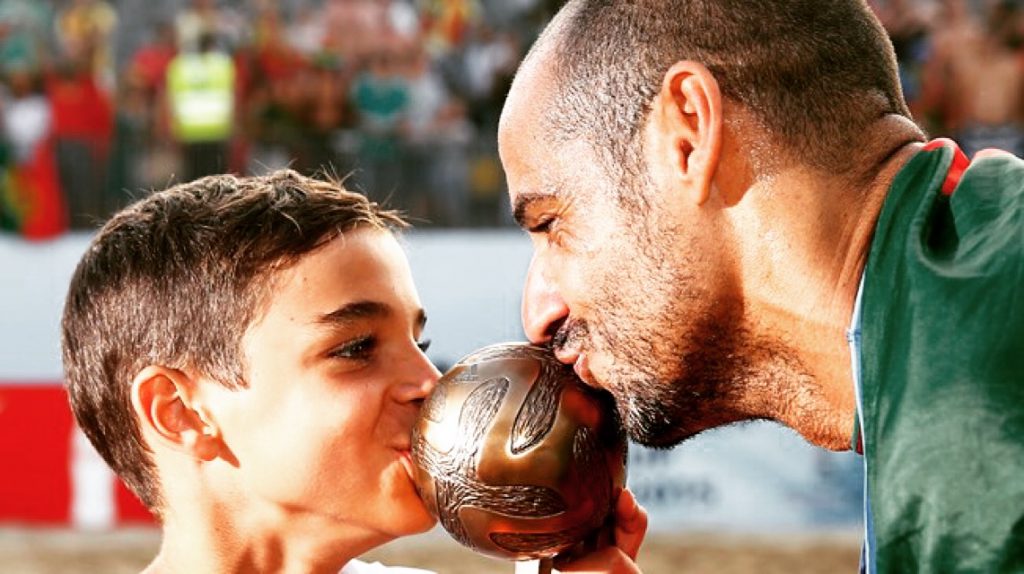 5. What message would you like to leave to all the young Beach Soccer fans who read this interview?

A: The message that I always leave is that they always follow your dreams, because reaching them is difficult but when they become reality they are for life.

1. Steve, SoCal Legacy is the first international team confirmed in the first edition of the Madjer Cup. What do you expect from this participation?

We are extremely excited to participate in the first annual Madjer Cup and we are looking forward to making history with the other teams there in establishing what we hope will ultimately be one of the premier youth beach soccer events in the world. The future of beach soccer, from a popularity, Olympic sport inclusion, and evolution of the sport perspective is dependent on youth players and the programs that can be developed for them. We are hoping that this event will feature the highest level of youth competition and quality of play that can be found globally and that it will also provide a platform for positive multi-cultural experiences and lifelong friendships between all the participants, founded on the shared passion for this sport. We look forward to representing Southern California and the USA at this event.

2. Flying from the United States to Portugal, concretely up to Figueira da Foz, is a great adventure. What do you know about where the tournament will take place?

The team has traveled across the US to compete in Florida and Virginia, but we have never traveled outside of the country, so this will be a great adventure and important learning experience for these young men. I have never been to Portugal, but the pictures and videos of the event site and facilities look fantastic. It is my understanding that Figueira da Foz hosts one of the largest and most renowned beach rugby tournaments in the world annually, the Figueira Beach Rugby International, as well as several other beach sporting events, so they definitely have experience in organizing large scale, beach-based competitions and Figueira appears to be the ideal location to host such a prestigious, international tournament worthy of being named after Madjer, the Portuguese beach soccer legend. I have been told that the weather is perfect for beach soccer and the sand looks good too – so we can’t wait to go. In fact, we may go a few days early so we can get used to the time zone change and to explore the city. 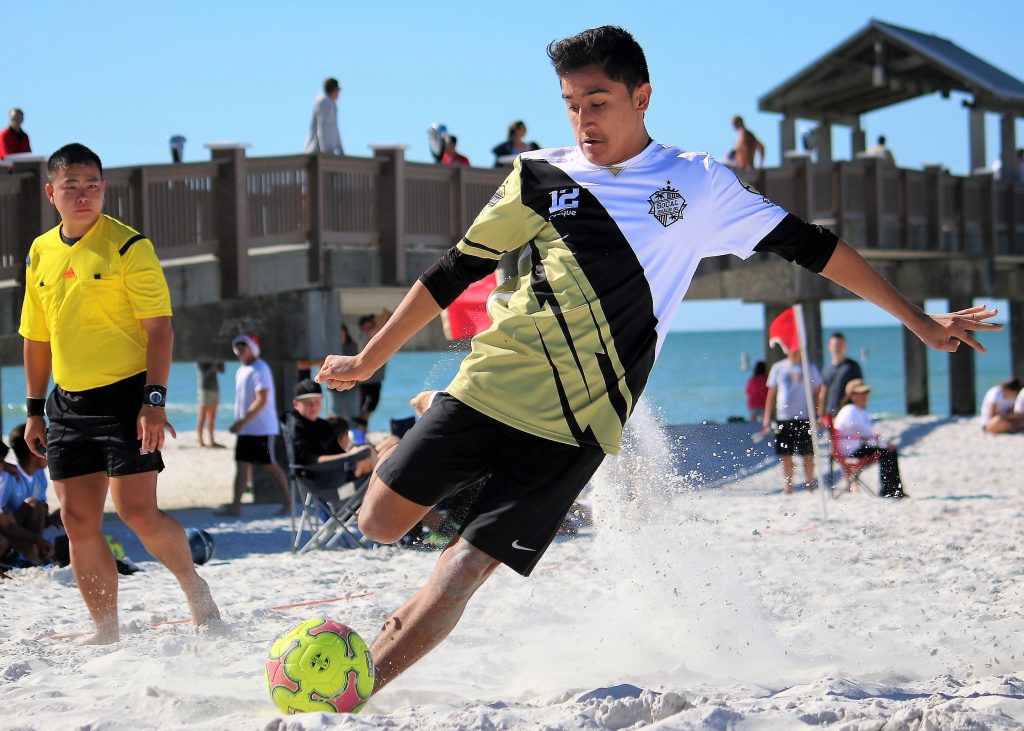 3. The presence of Madjer, a living legend of beach soccer, is an extra motivation for your athletes to participate in this event?

I have been coaching this team since the players were 12 years old. During those early years we watched several videos of Madjer in order to help provide a firm foundation to work from. After all these years it will be an incredible experience for the players to actually meet him in person! This will be a dream come true for the players because they have admired him ever since their earliest beach soccer experiences.

4. We know that you have been in constant contact with the local organization, what do you think about the work they are doing?

The real advantage is that you have three exceptional entities there, the Municipality of Figueira da Foz, Figueira Beach Sports City, and DoctorSport working together with a common goal of transforming Figueira da Foz into the ultimate destination location for beach sporting events. They have a proven and successful track record of organizing and hosting the Figueira Beach Rugby International, the Hugo Almeida International FootVoley Cup, the Figueira Summer Cross Games, and other Sports and Music Festivals, so I believe the Madjer Cup will be another extremely successful and exceptional event in their overall offering.

5. How do you see the impact of this tournament on the future of Youth Beach Soccer worldwide?

“It is an important step in the right direction as others provide their support of Madjer’s endorsement, such as BSWW, who are officially recognizing the event, as well as several past and present national team and professional players who are looking to participate, such as Ramiro Amarelle, the incredible Spanish player and coach, who has indicated that he will bring a team or two. There are significant opportunities here to not only sustain, but to grow the popularity of the sport exponentially by establishing some youth programs and events such as this. For example, this event, which is the closest thing we will have to a Youth Beach Soccer World Cup, will attract much interest of the younger players over the next several years and many will dream of participating in the Madjer Cup and desire the experience and excitement of international competition. The success of this event will not only influence the long-term popularity of the sport by increasing interest at the youth level, but it could help to inspire others to create similar international events in other regions as well. With the exception of Brazil, and a few other countries, youth beach soccer tournaments are typically ad-hoc events hosted by various de-centralized and regional organizers. I would like to think that the success of the Madjer Cup will help to drive a more formal structure or system and facilitate other changes that will increase opportunities for the world’s youth players. 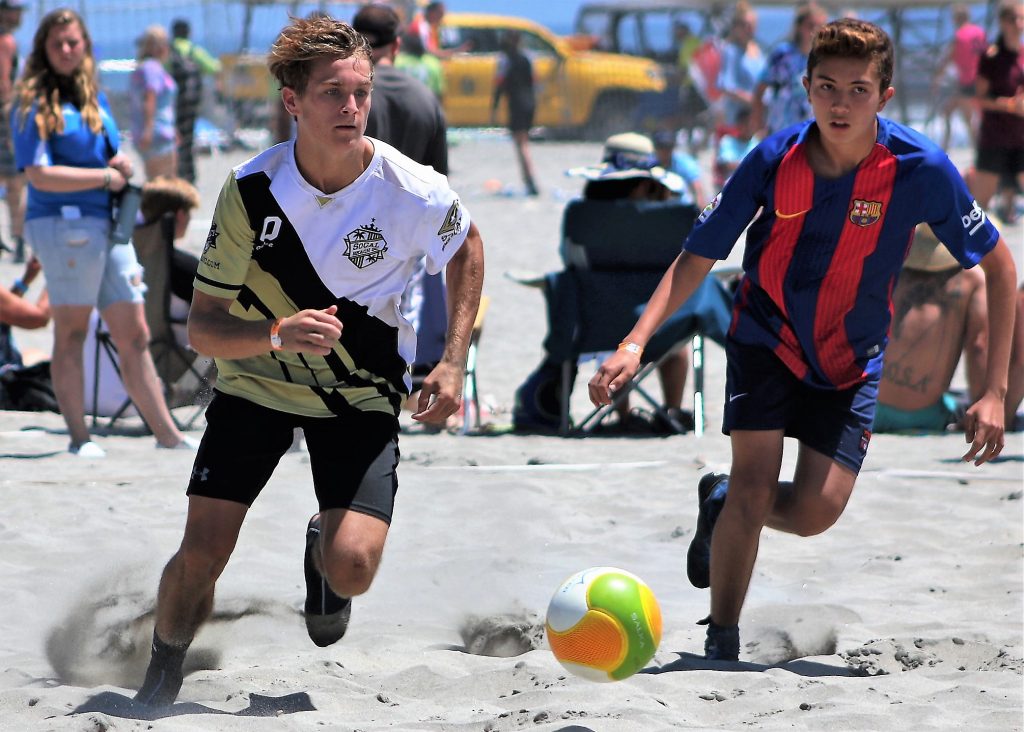 6. Any final comments, for all those who read this interview?

This event holds much promise of being the perfect venue to unite and showcase the best youth players from around the globe, who truly represent the future professional and national team players of this exciting sport. This event is the right thing to do on a number of different levels. Beach Soccer is an incredible sport and my hope is that the Madjer Cup will be the beginning of something truly great and that is one of the many reasons why we are participating. I encourage anyone reading this to consider bringing or sponsoring a team and making huge difference in the lives of your local youth players. It is guaranteed to be an absolutely unforgettable event.

Steve Citron is the President of the Southern California Beach Soccer Club and has been the head coach of a youth beach soccer team named SoCal Legacy since 2013. Legacy is a boys U18 team with a cumulative match record of 82-9-3 and has won 16 youth tournaments, including two consecutive Major Beach Soccer (MBS) National Championships in Clearwater Beach, Florida (in 2015 and 2016), The Beach Soccer Championships (aka The USA Cup) in their hometown of Oceanside, California (in 2017), and the North American Sand Soccer Championships (NASSC) in Virginia Beach, Virginia (in 2017). He is a strong beach soccer advocate and was a founding member of the Southern California Beach Soccer Club in 2015.