1. Steve, with 6 months left what are the expectations regarding the number of teams and countries participating in the Madjer Cup 2nd edition?

The first Madjer Cup featured 16 teams from 6 different countries (England, Portugal, Italy, United States, El Salvador, and Spain). All of the countries that were represented in the first edition are committed to returning to Portugal again – some will even bring more teams for this second round (bringing both U16 and U18 teams for example, instead of one or the other), which is a strong indicator that the first event was a success. In addition to this, there are individuals and organizations from many other countries that have indicated their interest in participating including Russia, Poland, India, Senegal, Azerbaijan, The Netherlands, Denmark, Tanzania, Iraq, and several more in Central and South America. I am continuing to search for more teams, since there is still time for them to plan a trip and make it. 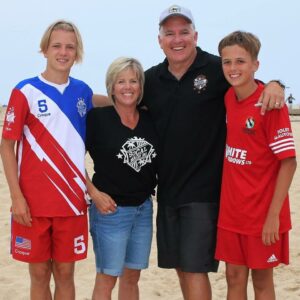 2. Being the competition recruiting director, you get to know and talk to many people all over the world committed to the development of youth beach soccer. What´s your feelings regarding the present status of the sport development worldwide?

When one looks at various sports that have been successfully commercialized and have mass appeal there is a common theme; vibrant, growing, and successful youth programs. The organizers of the Madjer Cup believe the future of beach soccer is truly dependent on building strong youth programs and tremendous tournament experiences for younger players. The youth players of today are the professional and national team players of the future. The sport has no long-term, sustainable commercial appeal without effective youth programs throughout the international community to help nurture the popularity of the sport and to provide a developmental growth path for youth players.

From my experience, being in contact with hundreds of people located throughout the world, we have a lot of work ahead of us. It seems like only a handful of countries are truly vested in the sport and the promotion, education, and training of youth players has not been as strong of a priority as it needs to be in order to move this sport to the next level. That is why we are looking for leaders in each country to step up and make things happen. The Madjer Cup is a fantastic event to help push the development of youth beach soccer programs to the next level.

3. Which nations, in your opinion, are taking the lead on youth beach soccer development?

I am not an expert in the analysis of sport development but I can say, through my experience in communicating with so many people, that it appears that Brazil has one of the most advanced approaches.

Although, there are several other countries that have already established, or are in the process of creating a formal, structured system to develop the sport at the youth level. Approaches vary by country, but youth development is typically being accomplished by either a formal federation or through independent clubs, without federation oversight, that are simply focused on beach soccer. England appears to be heading in the right direction with the Isle of Wight’s beach soccer programs, which are managed by Luke Pepe Kerr. His team of coaches have fostered the sport at the youth level and they actually have had players progress through their program and advance to the English National Team, which is the kind of thing we need to do in every country to help take the sport mainstream. Then there is Viareggio Beach Soccer Club in Northern Italy, directed by Stefano Santini, which has a very strong professional men’s program but, unlike other clubs that only focus their energies at the professional level, they are also committed to the long-term vision of developing youth players and advancing them to their professional team.

Contrasting the more structured approaches of several nations, I have been in contact with a lot of beach soccer clubs from many countries that are really just an individual semi-pro or professional adult team with only a single team focus (no interest in leveraging their experience and training techniques to develop younger players). In the USA, we have a lot of youth beach soccer tournaments managed by several independent organizers, but these competitions primarily cater to traditional turf soccer clubs that only participate once or twice a year as more of a social beach picnic event in the off-season rather than a serious sporting competition. SoCal Beach Soccer Club is one of just a few clubs that are actually focused on promoting, developing, and teaching the sport of beach soccer at the youth level and has multiple youth teams within its club membership. Unlike many countries, there is no academy, select clubs, or structured approach that provide a migration path to the US national beach soccer team, so we have a lot of work to do in order to catch up with several other countries that are more advanced in their approach. 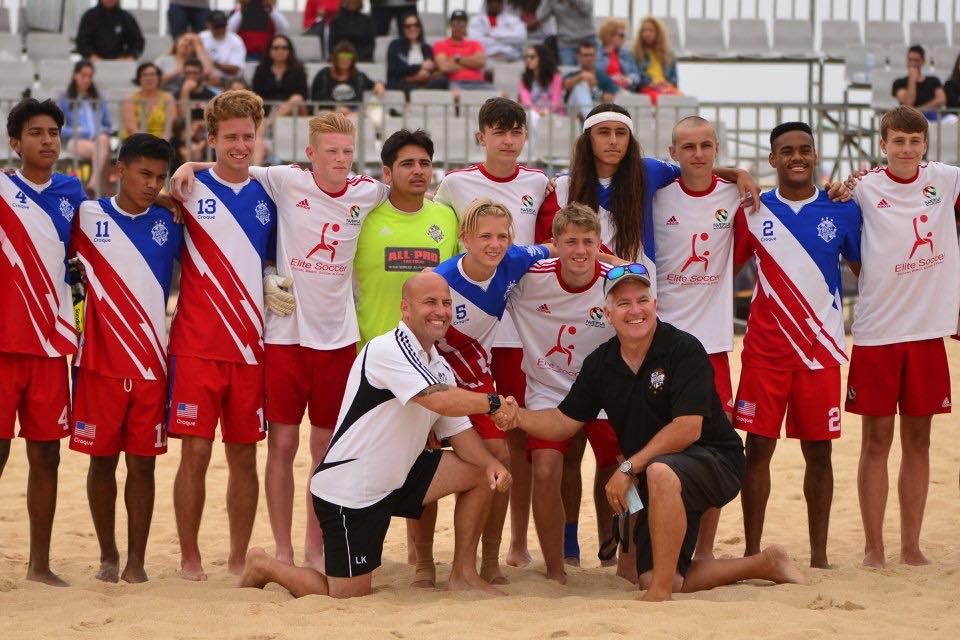 4. In your efforts recruiting teams did you come across with some interesting people would you like to highlight?

In my recruitment efforts I find a wide range of individuals and organizations that love the sport and want to develop it at the youth level. There are also a lot of inspirational stories, for example, individuals like German Martinez who personally sponsored a team from El Salvador as a means to give the young men there hope, goals and dreams (they won the first Madjer Cup U18 division in a close match against Italy). There are other individuals, groups and organizations doing the same at the local level – using beach soccer, and the Madjer Cup as a means to inspire youth athletes to go for their dreams. There is a lot of passion, but also a lot of fragmented efforts and approaches around the globe that are all contributing to the visibility of the sport in some form or fashion. Making it to the Madjer Cup to compete is now a viable and exciting goal for many coaches and youth players around the world, but our work has only begun.

5. What role do you think is reserved for the Madjer Cup in the World´s Beach Soccer great picture?

I believe that successful youth programs provide the means for niche sports to transform into highly popular “mainstream” sports because it creates the love and passion for the game at a large scale level which, in turn, also provides the fan base following needed to move a sport that today, is reserved only for a select few, to a sport that has mass audience appeal. In that context, every sport, whether it be at the professional or youth level, needs to have an ultimate, premiere tournament or championship venue. I see the Madjer Cup as being the World Cup of youth beach soccer, an event that showcases the absolute best youth players of the sport from around the world, as well as providing a multi-national and cultural experience that helps us all to have a better understanding and appreciation of each other globally. Coming together and sharing a common love for the sport through competition is fun, and it is just an incredible experience that you will never forget.

6. What you would like to say to all the teams looking forward to participate in the 2019 Madjer Cup Edition?

The original teams from the six countries that participated in the first inaugural Madjer Cup may have made history through their commitment and participation, but there is much more history to be made and several championship titles on the line as Madjer Cup 2019 promises to deliver more excitement and fun. As a leader within the global beach soccer community, you will have the opportunity to take part in this multi-cultural experience and your matches will be streamed live over the Internet for the world to see. This is the highest level of competitive youth beach soccer worldwide and will be hosted at an extraordinary location in Figueira da Foz at one of the premiere sports beaches in the world. We welcome you and look forward to your arrival! Your participation will make the Madjer Cup a continued success for years to come.

For those of you who are still thinking about attending, you will not want to miss out on this phenomenal opportunity to make a positive impact in the lives of others and for the sport of beach soccer. The sooner your team starts planning and organizing for this event the better. For more information, including tournament rules, travel tips and official presentation, please check out the event web site at www.madjercup.com or contact us at rui@figueirabeachsportscity.com or socallegacybfc@gmail.com.